Momin is the principal of Abrahamic Finance , a consultancy and Advisory focused on providing seminars and consultation in Islamic Finance.

Momin moved to Kuala Lumpur, upon being selected and offered a full scholarship to study Islamic Finance at INCEIF University-the leading Islamic Finance educational institution in the world. He completed his Chartered Islamic Finance Professional (CIFP) Designation and has moved back to Edmonton with a strong interest in the financial services sector and to promote Islamic finance within the local market.

He is also a candidate for the Certified Shari’ah Advisor and Auditor(CSAA) designation from AAIOFI–the leading standard setting body for Islamic Financial Institutions Globally.

Momin is also  the founder of and head of the Islamic Finance Committee of Edmonton, the first lobby group of its kind in Western Canada and Canada at large. This group deals with promoting Islamic Finance on behalf of the Muslim community to Financial Institutions as well as other important stakeholders.

Ask One of Our Experts! 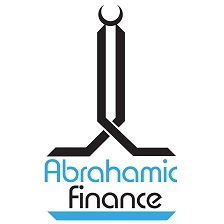